We are extremely proud to announce that our Youth Ambassador and intern Myles Sketchley won a National Diversity ward for positive role model in disability after being shortlisted from 28,000 nominees. Community organisations and role models from across the UK attended Liverpool Anglican Cathedral on 20th September to witness the countries 2019 winners being crowned the best of British diversity broadcast live ITV.
Myles won this award for his endless passion to create a more inclusive society, his services to charity, breaking down barriers with challenging the education system to think and his website dedicated to accessibility.

The 8th annual National Diversity Awards was held on Friday 20th September. Myles has been featured on ITV News regional and national news channels.
The ceremony, which was also live streamed through ITV News’ YouTube channel, has been described as the ‘golden globes of the diversity world’ among attendees. In addition to real life diversity heroes, a number of special guests made an appearance at the UK’s largest diversity awards to show their support for the incredible nominees who have changed the lives of many. 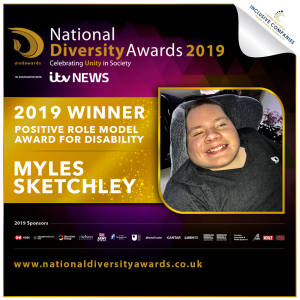 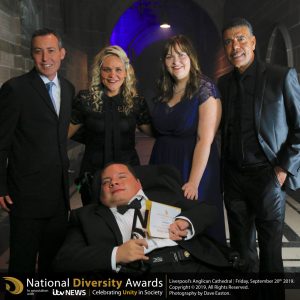 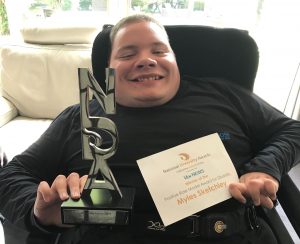 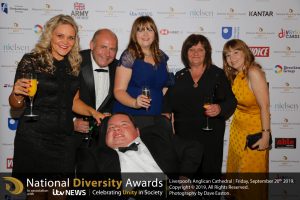 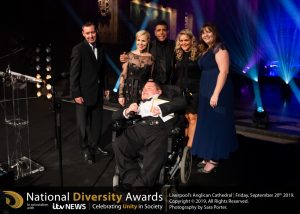